Dr. Michael Gwanda has received many honorary awards and accolades, both national and international. He has received accolades from the former National Minister of Education and former MEC for education for his outstanding leadership abilities. He also received many certificates and awards from The Gauteng Department of Education for 100% matric results from 2002 until now. Johannesburg Polytech Institute is one of the finest schools ever run and founded by a young black man in such a magnitude. He received many honours from the USA for his work in educating the disadvantaged South Africans from his early days until today and his contribution to the reformation of the South African education system pre and post 1994 deserve recognition. He is a GPA award receiver of the RTM, a world television station company. 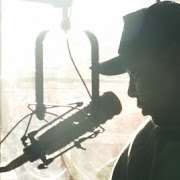 Bongani Peppeta A.K.A Diggy Bongz has been a professional voice artist for 18 years. The past 18 years have seen him do voice overs for all kinds of brands available in South Africa from corporate voice overs, radio station drops, hard and soft sell radio/ TV voice commercials, voice acting for syndicated radio dramas and many more. His warm baritone voice is very soothing and is particular popular with the African Gospel audiobook community.